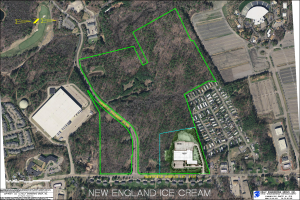 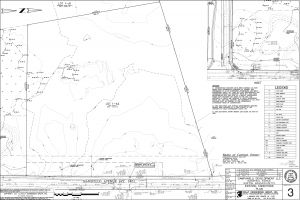 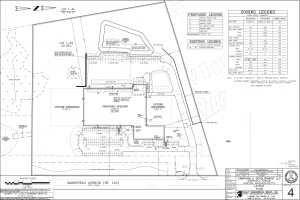 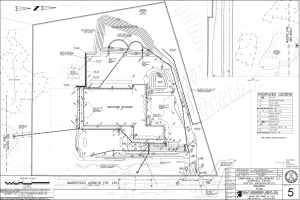 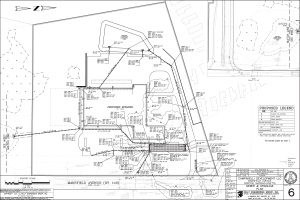 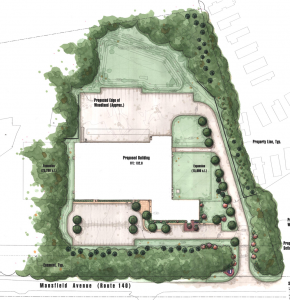 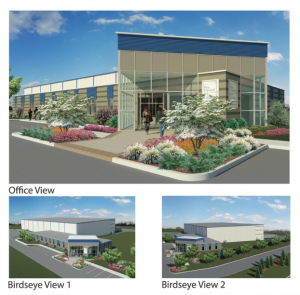 Project Overview
The New England Ice Cream project is located on an approximately 12.2 acre parcel and entailed the development of a 66,800 square-foot building in the Commercial zoning district. The project which is located in Campanelli’s Great Woods Business Park is a distribution facility and headquarters for New England Ice Cream. New England Ice Cream was founded in 1999 and has rapidly grown to become the exclusive distributor in southern New England for many well-known brands such as Ben & Jerry’s and Breyers. They outgrew their previous facility in Taunton and relocated their operations to Norton. The project is serviced by 82 parking spaces for employees and visitors.

KEG led all aspects of the site design and permitting for the project including topographic and property line surveys; provided civil/site design including site layout, grading, and utilities; coordinated transportation planning; prepared all permit applications; coordinated with the Town representatives; and represented the project through the public hearing process.

The project involved complicated local and state permitting. State permits included completion of the Massachusetts Environmental Policy Act process and Mass DOT access permitting process. Local permitting included Planning Board permits.
The project was complicated by its location adjacent to a mobile home complex with concern to noise and visibility. The planning and permitting was complicated further because of the adjacent TPC golf club and their concerns with traffic flow, noise and visibility. The site needed to be care to ensure that these concerns were addressed.